Mastering the Game of Thrones 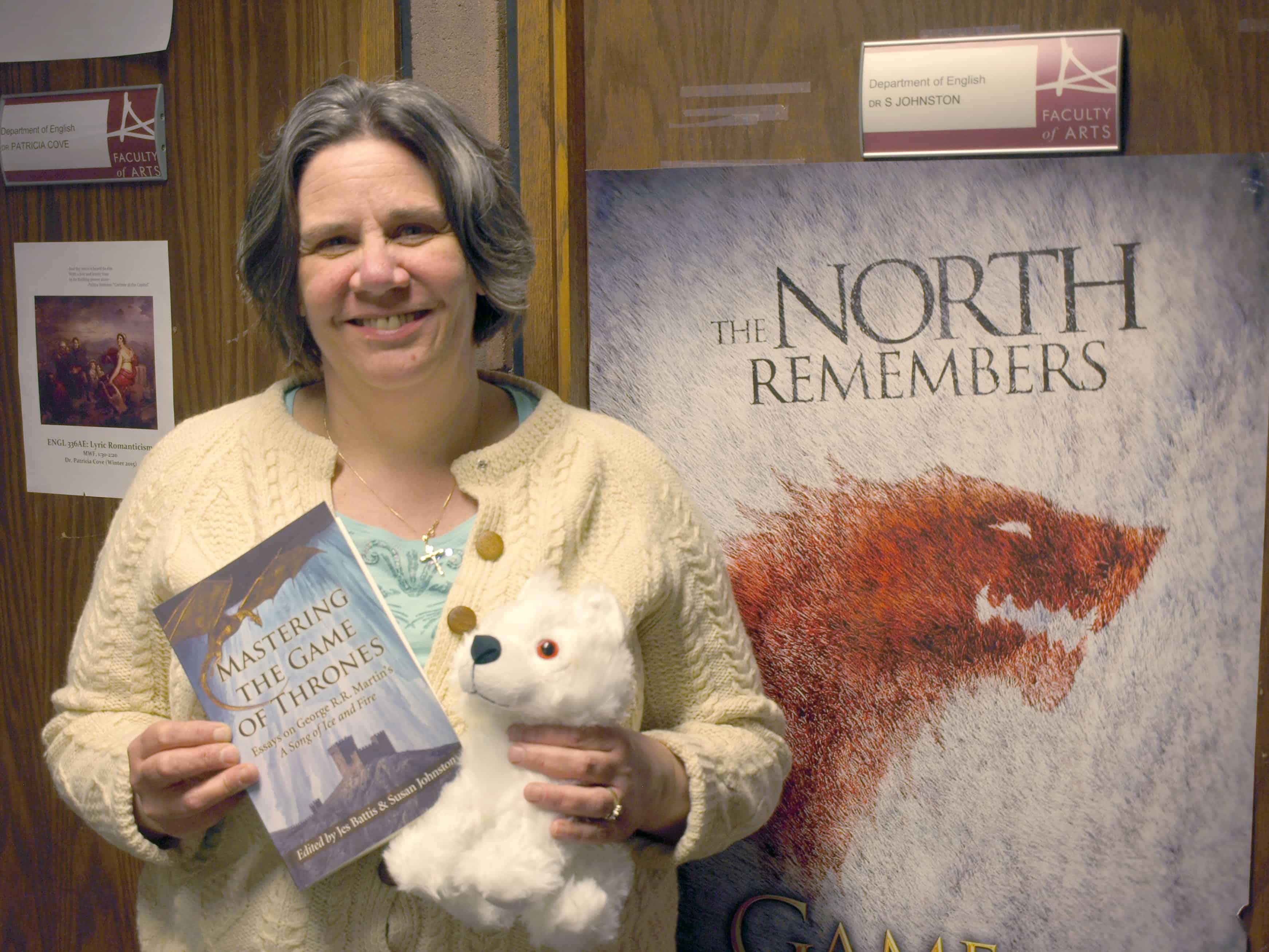 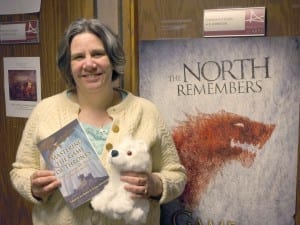 Do you know nothing? Well Jon Snow, check this book out and become a maester of the world. / Brett Nielsen

George R.R. Martin’s epic fantasy series A Song of Ice and Fire has seen its popularity skyrocket in recent years. The books are incredibly popular, and the show is a phenomenon in the television world, causing people to pay closer attention to the series and the fantasy genre more than ever. Dr. Susan Johnston and Dr. Jes Battis of the University of Regina English Department are two of those people who have delved further into the series, and came out with Mastering the Game of Thrones: Essays on George R.R. Martin’s A Song of Ice and Fire, a series of essays talking about what makes the series so unique and popular. The Carillon sat down with Dr. Johnston to talk about her book, and the series as a whole. (125)

What inspired you to edit this collection of essays? Why is it so important for us to understand Game of Thrones/A Song of Ice and Fire?

The really exciting thing about being in this business, the business of literature, is every now and then, you realize that you’re reading something that is changing literature. Everything around it shifts. George R.R. Martin comes along doing A Song of Ice and Fire, and there’s always been realist and historical elements in fantasy, but the kind of gritty medievalism with a belief in goodness, which characterizes Tolkienien fantasy, is still present, and that’s so different. I read A Game of Thrones, and when I put it down, I felt everything shifting around it. I think it’s important because it’s pointing us to something new that’s happening in the way people write and read now.

Reason two is because of the way Martin writes. Because he seems to have read everything, he lets us re-visit literary tradition. We realize reading Martin that these stories still do matter. He makes what used to be called ‘the canon’ new to us, and I think that’s really vital.

Who’s your favourite character? From the perspective of the side of you that’s a fan, and the side that’s the scholar.

That’s a mean one! Henry Jenkins has this great term, the “acafan” to talk about people like me and Dr. Battis, who try to bridge the two worlds. From a fan perspective, Tyrion. I love everything about Tyrion. I like that he’s turning to the dark side, and he’s so complicated and interesting because of that. He’s so broken, not because he’s a dwarf, or that he’s scarred, but because of his own complicated relationship with his family. But in that brokenness, you see him striving for wholeness and goodness, and it just moves me so much. I love in Sandor Clegane, The Hound, what I love in Tyrion. From a scholar’s perspective, it changes a lot. I think Jaime Lannister is important, because he seemingly begins whole, but he’s actually healing as he becomes physically broken. Sansa is one of the characters people love to hate, because she’s so awful, but she’s important from an academic’s point of view because she’s us. Sansa is really the stand-in for the reader who keeps thinking things are going to work out ok, and then Ned has no head. I think that’s a really clever character and I’m excited to see what happens with Sansa over the last two books.

A Song of Ice and Fire is heavily influenced by history, specifically of England in the 15 century. Can you talk in-depth about the direct influences history had on notable places/events like The Wall, The Red Wedding?

There are some great stories around [Martin’s] influence. For most readers, Westeros is this stretched-out Britain. The primary world analog for The Wall is Hadrian’s Wall. Martin had never seen Hadrian’s Wall in person before he wrote the books, and his first reaction was, “I made it too big!” For the Red Wedding, it’s the Black Banquet. Feuding Scottish clans under cover of truce, brings in his former enemies, has them disarmed, and then murdered to a man. One of the things that’s so important about Martin’s use of history is that it makes the past live for us again . . . So the Red Wedding points us to the Black Banquet and shows us their brokenness, and inability to unite, which made them vulnerable to English domination. That past then takes on new life and new meanings within the world that he built.

One great phrase that pops up in your book numerous times is “You know nothing, Jon Snow.” Can you talk about the interesting world of the maesters (yes, that’s the correct spelling), and characters like Varys and Littlefinger, and the important role they play in this series? How can they be so powerful, without any actual physical strength?

We, the professors, really want the maesters to have the power, because that’s the only real power we have, and we want them to use it to rule the world! But the interesting thing is how ineffectual they are all the time. It creates this really interesting tension in the books, where we relive this moment at the beginning of the early modern period where literacy is starting to move out, and knowledge is beginning to move out, and the real power is in the swords and the people who pay them, like Littlefinger reminds us. But while the maesters are these ineffectual guardians of knowledge, it does matter a great deal. That’s what Jon learns when he goes beyond The Wall, and that’s why “You know nothing, Jon Snow” matters. So much depends on really knowing, and so much of the time our knowing is fogged or complicated.

Could you provide our readers with a couple recent fantasy books to check out? Who’s writing has caught your eye of late?

It depends on how much of a completion complex you have. There’s a great ongoing series by Patrick Rothfuss, and the first book is called The Name of the Wind. Guy Gavriel Kay is a fantastic writer. Kay was the guy Christopher Tolkien called to when he needed help editing The Silmarillion. I think Kay’s really important works are his historical fantasy novels like The Lions of Al-Rassan and Tigana. For pure fun, Naomi Novak’s Temeraire books are fantastic. And let me give a special plug for my co-editor, Jes Battis, who has a secret other name, which I will now reveal to the world as Bailey Cunningham. He has published two books in the series The Parallel Parks, set in Regina. The first book is called Pile of Bones and it is a lot of fun to read.

Top five reasons to be excited for baseball season