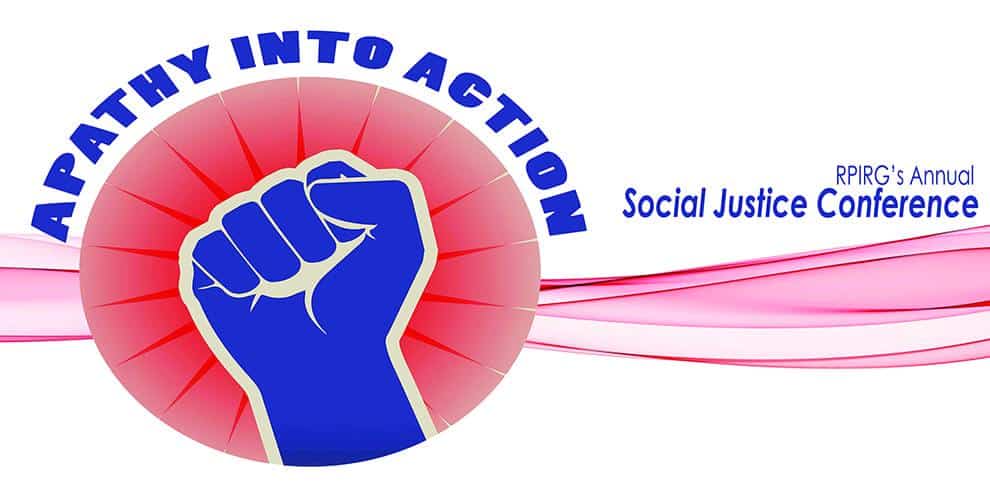 The RPIRG website describes Apathy into Action as a series “to engage students and the community in current issues impacting Regina, the U of R, and the world beyond our home. The goal of the conference is to introduce or provide information about these issues, as well as to equip students and community members with the skills needed to organize around these issues.”

Anna Dipple, Executive Director of RPIRG, had an interview with the Carillon to talk about Apathy Into Action and what they are trying to accomplish on campus.

“Especially on a university campus there is a lot of education, talking about issues, so we like to do that as well, but we also take it a step further and actually [provide] people the skills to take action afterwards,” said Dipple.

The event was organized into two parts. The first, being on the Friday, consisted of lectures and speakers on topics such as the student food crisis with speakers from the Regina Food Bank and a lecture entitled “What is Trumpism,” with Lee Ward, a political science professor at the University of Regina.

The second day consisted of workshops that provided the aforementioned skill building. Workshops such as “Community Organizing” and “Non-violent Communication for Social Justice Advocates” were offered to those who had registered prior to the event.

Dipple also made note of the renewed and increased interest at the Apathy Into Action conference.

“We have definitely seen a big surge in even just discussion on campus around some of these issues and “what do we do now,” stated Dipple.

“Once someone like Trump is inaugurated, we have to face those systems of oppression head on and say, ‘look, we can’t ignore this anymore.’”

The popularity of the event was apparent, with a healthy helping of people seated for most of the Friday lectures. The “Trumpism” lecture even received recognition from other media and newspaper outlets. The Saturday skill-building workshops were by far the most popular, with the RPIRG website stating, “All Saturday workshops are now FULL. Sorry for the inconvenience!”

RPIRG has shown that taking an interest in social justice and social action is no longer a niche market. With continued interest in the subjects discussed at Apathy Into Action, it is safe to assume that this is not the last time the university will see this conference.

Alt-right on the rise in Canada