The mystery of the Classroom Building mural is solved! 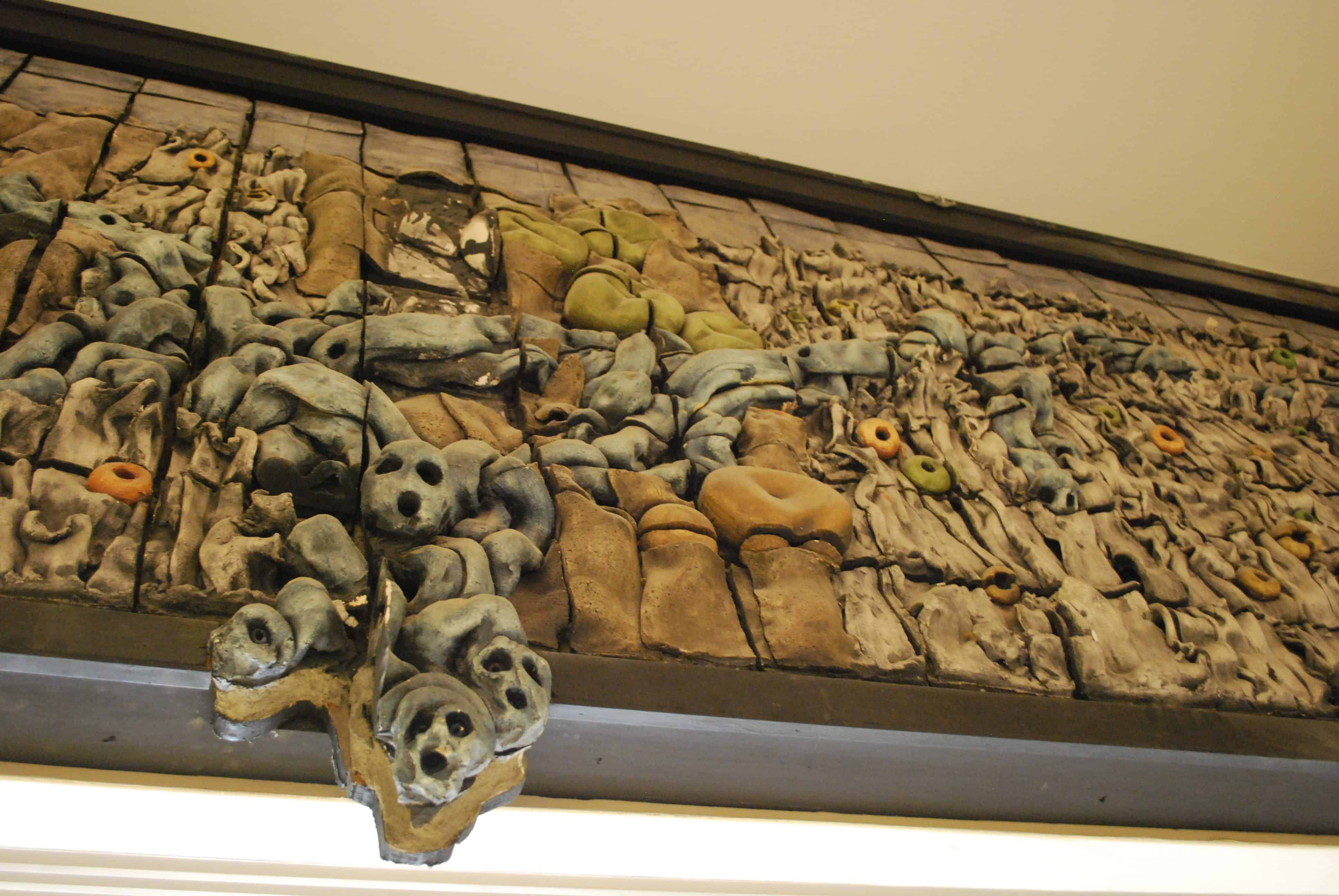 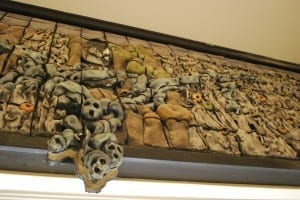 The mystery of the Classroom Building artwork has been solved thanks to the generous Dr. Stephen King, Senior Researcher for the President at the University of Regina, and Timothy Long, Head Curator at the MacKenzie Art Gallery. In the Carillon’s Sept. 11-17 issue, we ran article called “Super odd art hangs in the classroom building” wondering what the story behind the piece was.

Jack Sures created the untitled work in 1971. Sures was a teacher of ceramics and visual art at the time at the University of Saskatchewan – Regina Campus, as it was called before becoming the University of Regina. Long and King spoke admiringly of his work as an artist and teacher at the University, crediting the ceramics program that we currently have to him.

“He has been the voice, or the hands of ceramics in Regina and in the province for almost 50 years,” Long said. “He’s shaped generations of students.”

While other ceramic artists, like Joe Faffard, were abandoning ceramics in favour of sculpture in the 1960s, Sures managed to continue to create pottery (like bowls and smaller pieces) as well as combine ceramics and sculpture, creating large works in a way that had never been done.

Long says, “Jack does this amazing gesture where he continues to make pottery, and then makes sculptural projects and mural projects which never abandon, but reconfigure sculpture and mural making in terms of pottery. He managed to do something that was, I think, quite radical, not understood even in its time, and maybe we’re only getting to catching up to him now. So this piece, this mural, is a brilliant thing.”

The Classroom Building mural is a landscape populated with organic figures that reoccur in other murals that Sures has done. The murals are inspired by gardens, myth, and the forces of good and evil we encounter in our lives and in stories, hence the skulls.

“He loved that surrealist moment in art history, and it pops up in his work. It pops up in the animal imagery, in the death imagery, but always juxtaposed against fertility, life, exuberance. So, he captures this uneasy tension in his work,” Long explains.

So, perhaps Sures was channeling Biblical stories in the Classroom Building mural, or perhaps he was expressing his frustrations with the politics of faculty administration. But whatever it was, Sures was forging a path not well understood by many, but greatly admired.

Sures’ mural is still a bit wild to me; I still am confused by its composition. However, I now have an understanding of the talent behind the work. Those green and orange circles that I pondered over are actually pots that Sures threw, cut in pieces, then put on the wall. No matter how weird they look, that is impressive!

“He’s bridging between mural making and pottery, which is a really interesting hybrid,” Long excitedly explains to me. “I think it sets him as one of the real innovators in terms of ceramics in Canada…he’s a sculptor; he’s an abstract artist; he’s a modernist at heart. So he bridges a lot of things. Sometimes people who try to move between mediums, or who move camps stylistically, they are not understood by either side. I think Jack was kind of like that.”

While I still am not in love with the mural in the Classroom Building, I will forever respect it in a way that would have been impossible without the help of King and Long. This raises a concern with the lack of information readily available on the artwork on campus. Both King and Long recognize the need for improvement, and they hope, as well as I, that the University will be investing in proper display of the art.

Instead of simply resolving my question on Sures’ mural, speaking with King and Long opened up a world of art previously unbeknownst to me and likely to the rest of our student population here at the U of R.

Many students are unaware of the extensive collection of art owned by the university. In fact, the U of R’s art collection is so impressive that the MacKenzie holds a large majority of the works, as they are unable to be properly and safely displayed on campus. The Vaults is a beautiful book co-authored by King and Long in 2013 that highlights some of the artwork hung at the U of R and the MacKenzie.

I encourage you to grab a copy from the library and take yourself on a walking tour of the art on campus. I’ll bet you’ll discover art you’ve never noticed before, or learn something about weird work you’ve pondered over, making your daily treks to and from classes a little more tolerable. Also, make sure to reference pages 22-23 for our graphics spread of “U of R Art”

The strange and terrible Ford saga

I grew up dancing and have never been able to stop. I have been addicted to reading and dreamed of writing for as long as I can remember and am always looking for new inspiration, adventures, and a good laugh.