WWJD: What Would Jupiter Do? 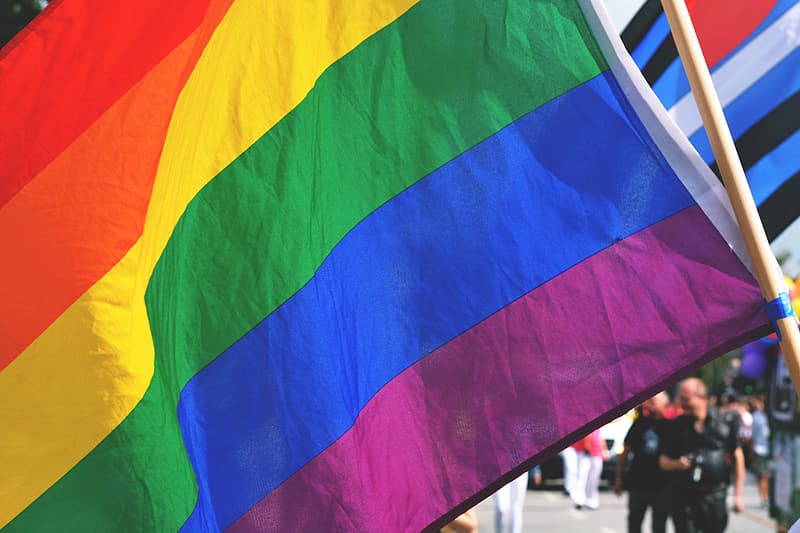 Is mercury rising or is our eic just confused. Pikrepo

Religion, astrology, and the millennial search for meaning

I must admit, since coming out as bi two summers ago, my longform astrological birth chart remains in my phone, ready to be shared and studied upon request. Before then, I’d never paid astrology much notice. Horoscopes were fun to read aloud and no more meaningful than the vague platitudes of a fortune cookie. In fact, I distinctly remember reading Seventeen Magazine’s monthly predictions as a teen and snorting. Despite not owning a cell phone, I was apparently in for a “flirty text” from my crush. Right.

To my surprise, something about the way my new friends in the LGBTQ+ community spoke and laughed as they described their charts felt so inclusive, so open to interpretation, so…empowering? Not only are astrology memes absolutely hysterical for those learned in the ascribed traits of the signs, but they also sort each sign’s behaviour into two distinct categories: evolved and unevolved. It seemed that astro fans and die-hards alike were actually using their birth chart results less as a gospel, and more as a framework for self-examination and improvement. Since birth charts assign planets, stars, and the positional relationships among them to every aspect of life, from work and worries to love and sex, the possibilities for self-reflection are endless.

As a non-religious lover of psychology, religious studies, and exhaustive self-analysis, I wanted to know if there was any value in self-exploration via the stars. Like the perpetually hip Meyers-Briggs personality quiz, Millenials and Gen Z-ers alike seem to be using horoscopes not to plan our lives or make decisions, but as a tool to explore our flaws, strengths, and aspirations in the perpetual human quest for self-actualization. All at once, astrology began to loom large in the zeitgeist for the first time since the 60’s and 70’s. New Age shops – the likes of which sell crystals, chakra charts, and Tibetan singing bowls – report that business has been booming. So-called “pagan” spiritual practices, it seems, are on the rise in earnest, but with a twist.

Julie Beck of The Atlantic wanted to get to the bottom of what was driving this resurgence back in 2018, writing, “in some ways, astrology is perfectly suited for the internet age. There’s a low barrier to entry, and nearly endless depths to plumb if you feel like falling down a Google research hole. The availability of more in-depth information online has given this cultural wave of astrology a certain erudition—more jokes about Saturn returns, fewer ‘Hey baby, what’s your sign?’ pickup lines.”

In casually superstitious circles like mine, Beck’s observations ring true. Astrology is unthreatening, widely known, and satisfies late-night internet rabbithole-cravings every bit as effectively as serial killers and ex-lovers.

Do I believe that astrology is “real”? No, not exactly. What I believe about astrology, tarot, and spirituality in general carries a bit more nuance than words like “real” or “fake” imply. We know, now, that constellations don’t exist in two-dimensional skies (thus existing solely from the vantage point of upward-facing earthlings), yet humans find fulfillment in these pseudo-scientific spaces nonetheless. Specifically, members of 2SLGBTQ+ communities and straight women seem more likely than the general population to buy into the authority of the stars. But why?

While many astro-hobbyists maintain traditional religious beliefs, many more identify as atheistic, spiritual, “witchy,” or agnostic – In fact, churches have been fretting over declining youth membership since our free-loving, rock-and-roll-ing parents came of age. The shift from religious culture to secular society, it would seem, hasn’t done much to dampen the human hunger for spiritual purpose, divine guidance, and answers to humanity’s unanswerable questions. In an era when existential anxieties are skyrocketing, a bit of metaphysical comfort seems more attractive to us Millennials than ever before.

With smug skepticism ubiquitous among so many free-thinkers, acknowledgement that much still lies beyond our current understanding rarely leaves room for the concept of unknowable forces. But is labelling the sincerely held views (or spirituality-adjacent hobbies) as malarkey likely to enhance one’s humility or empathy? Interest in spiritual development seems to hold space for fostering personal growth in a way that dismissive skepticism, perhaps, cannot.

Because Christianity – the religion of 55 per cent of Canadians as of 2018 – first emerged in patriarchal societies, religious leaders often sought to alienate, force the submission of, or kill unbelievers, “rebellious” women, and 2SLGBTQ+ people (with a number of Christians still believing in the shunning and silencing of those groups to this day). Inevitably, youths among traditionally excluded minorities are opting to seek enlightenment in less oppressive spaces, thanks to the modern secular age. Freedom from shame – inducing religious principles can create fresh opportunities for the shunned to explore beliefs which support diverse identities, encouraging the kind of growth and self-acceptance traditional faiths may fail to spark. Doesn’t it seem natural, then, that even lukewarm astro-lovers regard these pieces of their spiritual life as sacred in the face of an eye-rolling public? Isn’t it possible that seemingly frivolous pursuits like astrology can be wonderfully useful and a bit ridiculous, all at once?

Step away from the Sephora