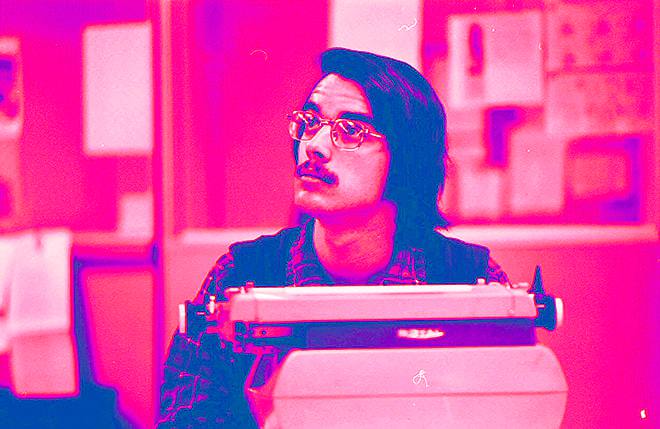 BuzzFeed, the source of all things knowable, has released an article entitled ‘11 People With Problems No Agony Aunt Could Solve’. Being the kind and gentle souls that we are, the editorial staff decided to enlist the help of our resident romance advisor, Mr. David Williams, to help these poor souls with their (slightly adapted) issues.

My boyfriend and I have a good relationship, but there are times when he dons a Darth Vader mask and refuses to answer to anything other than ‘Darth Kickass’. What should I do?

Unsure of the Force

Answer: Unsure of the Force, I can understand why your predicament would seem disconcerting. What’s important here is to find out which of the Star Wars films Darth Kickass hails from, as it may give clues as to his actions in the bedroom. If you find that he envisions himself as an enemy from the prequels, ditch him faster than you can say hyper-drive. Given that he has not chopped off your hand, killed your father, or given to speaking as if he is on a respirator, all should be (reasonably) well. This means that he has not yet fully given into the dark side and may still be a good lay, even with the mask on.

I’ve gone off sex since the birth of my son, but my partner can’t get enough. The only way I can get in the mood is by thinking about various members of the University of Regina’s administration. Current Provost Tom Chase is my most recent muse, please help.

Answer: Don’t fret, Universally Confused. This is a common ailment that most often afflicts Ph.d candidates who can see no other way into the academy other than to pleasure those in charge. Your partner, another academic, I’m sure, could help you burn the images of those you are enamored with. As for the Provost, while I’m sure he is utterly flattered, you may want to stay away from the President’s boardroom for a while. Also, if you feel any sudden urges, I’ve been told by the administration that if you say ‘at least it’s not the U of S,’ your symptoms should be somewhat alleviated. Hope this helps.

My boyfriend recently bought the Wascana Anthology of Short Fiction and regularly brags that reading it is better than having sex with me. What should I do?

Answer: Reading for Displeasure, English majors are weird creatures. Maybe you could role-play from one of the stories to liven up your bedroom experience. I must caution you not to do so from one where somebody dies. “The Story of an Hour” by Kate Chopin would be one of the ones you should avoid. Unless the heart attack you endure is from an exhilarating orgasm and not, as it happens, the reappearance of a smothering husband, then it is no way to die. Alternatively, ditch the lit nerd and start dating a psych major. I hear they’re into some kinky stuff that would boggle the mind.

What’s the best way to tell your mom you’ve become a stripper? Especially after going to the University of Regina and realizing you’ll make way more dough this way?

Answer: Might I suggest an interpretive dance routine of your University of Regina experience? You could begin with a scene showcasing the absolute joy you showed when you found out you had, in fact, reached the sixty per cent average you needed to parade your way into the U of R’s pocketbooks as an arts student. Then, a tableau of your absolute boredom as your Philosophy 100 professor bored you to death and all you could dream about for weeks were caves. Ah, then the passion and freedom you found, first dancing on the tables at The Owl. I’m sure your parents will respond swimmingly.

I have been dating ‘Jimmy’ for a few months. He is smart, cute, ambitious, caring, a great kisser, and has a fantastic sense of humour. The problem is, Jimmy still has the remains of the first gallon of milk he ever purchased when he moved into residence. The milk has been there through three girlfriends, four faculty changes, and two fridges. What should I do?

Answer: Pretend you’re lactose-intolerant or ask him whether he is staging an avant-garde protest against Chartwells. Maybe he just really needs some lactose-free alternatives; you never know in this day and age.