Don’t come back to the U of R 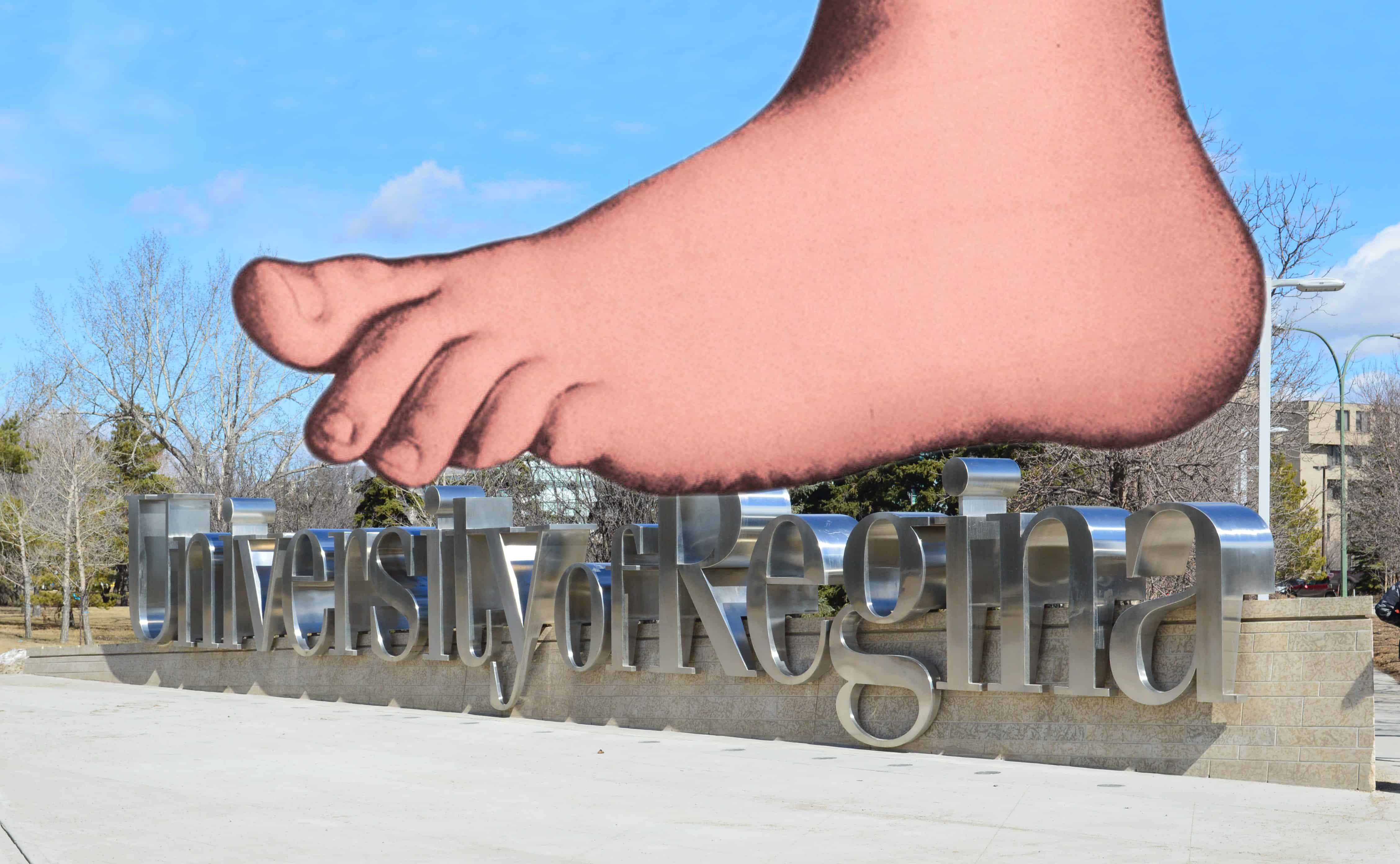 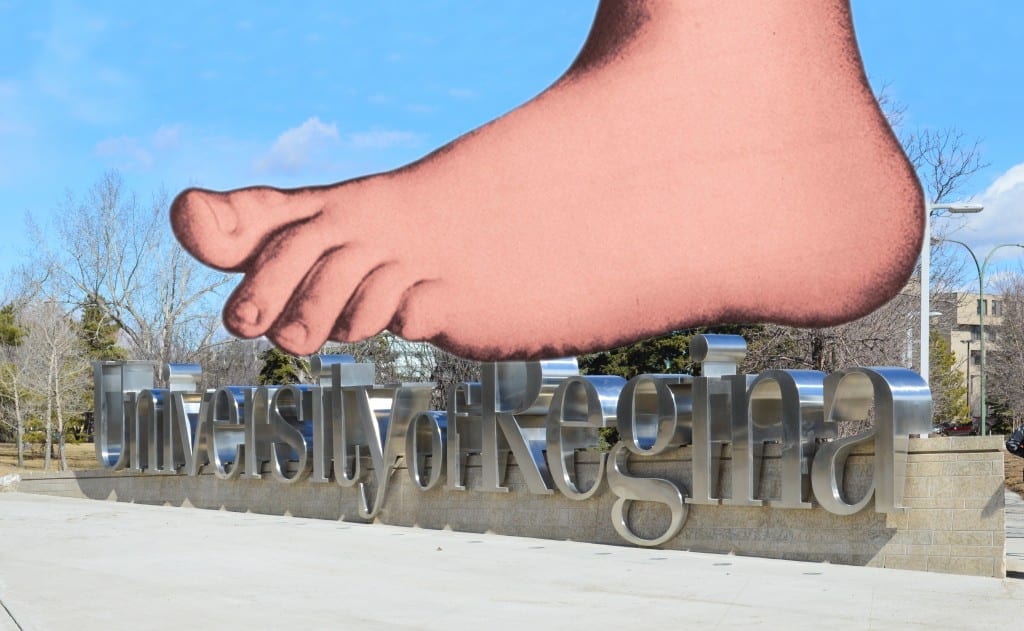 Trust me, it’s not worth it.

As the school year comes to an end, I have one simple bit of advice to offer all of the students at the University of Regina: don’t come back.

Stephanie Horsley, a Kinesiology student at the U of R, is technically not returning to school next year. She’s going to be working on her fieldwork for her practicum off campus.

“My program requires me to do a four-month fieldwork,” states Horsley. “I am placed at a business which relates to my field of study (ex. a physiotherapy clinic) and I have to complete no less than 450 hours of work, or on average 37.5 hours per week, for a minimum of 12 weeks.”

Yep, that sounds like way too much work. Who wants to come back in the fall to do a practicum that will consume your entire life and require *gasp* effort? Nobody! Well…nobody other than Horsley. So, if you’re in a position similar to Horsley’s, don’t even bother coming back. Go travel or pay off your school debts and just say, “Screw it!” to your practicum. No one will care.

In fact, Horsley didn’t even really come to the U of R for school. Yes, she was pumped that the U of R had a highly recommended French Immersion Education program (the program she entered before switching to Kinesiology), but she really came to the U of R to play softball.

“I decided to come to the U of R to play on the softball team. I was only 17 when I was applying for university, so I did not want to go too far away from home in order to play softball,” states Horsley, who is actually from BC.

Sports. A big motivator for students to come to the U of R, but also a huge motivator to not come back in the fall. All that work you have to put in for practice and games and all the added stress you get from trying to juggle your sport with schoolwork is just lame. I’m pretty sure athletes would rather sit on their couches and eat chips all day, erryday, next semester instead of subjecting themselves to all this torture.

Plus, there’s lots to hate about Regina and the U of R anyways, so why would you even want to come back?

Horsley says, “First thing is first, I hate the wind here. I know that is a prairie thing, but I cannot stand not having any trees and hills to block the wind.”

She preaches the truth! If you’re a wind hater like Horsley, seriously, just don’t come back to school in Regina. The wind will destroy you. You don’t need that. All you need to do is throw away all your life goals and never come back to the U of R.

Although Horsley states that she “honestly cannot think about much that [she does] not like about the U of R,” there are some things about the U of R that make her cringe like the amount of tuition we pay, the parking situation, or the cutting of programs.

Listen, people. If you want to save your money, decrease the massive amount of money you already owe the school, or park in peace, I beg you to not come back to the U of R. It will only make your problems worse. And, I mean, let me be honest here, if you’re in Theatre, Music, Philosophy or some other small program here at the U of R that nobody knows or cares about, your program will probably be cut over the summer anyway, so coming back would be completely pointless. You’d just be floundering, hopeless and confused, in a sea of students who actually have legit programs.

Shockingly, at least one student at the U of R kept coming back to finish her degree. Alex Soloducha, a student shooting for her Bachelor of Arts in Journalism, will graduate at the end of this semester.

“I don’t really have any set plans in terms of a job,” Soloducha says. “I’m planning on travelling right after I’m done school. It is stressful finishing your degree and trying to decide what to do in the future, but, at the same time, I think everything will work itself out.”

I doubt it. Future plans rarely work out. When you really take a hard look at graduation, it’s not even worth it, either, ’cause you’re left with no idea what to do with your life! You might as well kiss all your hopes and dreams of graduating away and just not come back to the U of R to finish your degree. Trust me, you don’t need the extra stress of wondering what you’re going to do after you graduate…especially if you’re an English major.

Soloducha goes on to state, “I’ve been so busy with school that I find I don’t really have time to plan out jobs.”

See? School basically screws you over when you graduate because since you’re so busy trying to do well in order to graduate, you don’t have time to figure out your life after graduation. Busyness + School Stress + Graduating Stress = Heart attacks. Nobody wants a heart attack. So, don’t come back. You will die.

Surprisingly, Soloducha claims to have had an overall positive, manageable experience at the U of R, even though “school is pretty demanding.”

Ha. Yeah right. Going to school at the U of R is anything but manageable and positive. It sucks hard. I mean, profs actually expect you to do assignments, participate in classes, and pass. Sorry, what? These expectations are absurd. If you want a life free of expectations, don’t come back. Seriously.

Let me convince you further. The U of R’s own Office of Resource Planning collected 10 years of data from the 2000/01 school years to the 2009/10 school years to study student retention. Their study First-year Undergraduate Student Retention from 2000 to 2009, which was released in January 2012, based their research on “all first-time, full-time, and degree-seeking undergraduate students.”

I realize that this data is a little out of date, but it’s the only data I could find on retention rates at the U of R. Perhaps this is because people at the U of R are so ashamed of their statistics that they don’t even want to continue doing studies. The truth hurts.

In fact, the study also shows that while 65 per cent of students retained in the same faculty, 11 per cent retained in a different faculty, and 24 per cent did not retain.

Clearly, not all students come back to the U of R, and you shouldn’t either. 24 per cent is a pretty big chunk and a solid dose of reality. You’re probably going to want to drop out at some point anyway, so might as well just do it now, not come back, and join that 24 per cent.

In other words, based on these statistics, males, Aboriginals, and domestic students have lower retention rates than females, non-Aboriginals, and international students. So, if you’re a male, Aboriginal, or domestic student, seriously, don’t bother coming back. The stats show that no matter how hard you might try to stay in school, you will statistically meet your demise eventually and fail to come back.

Thus, my article comes to an end. One last time, I plead to you: do not come back to the U of R. It’s simply not worth it.

From prisoner to professor