Sunday, October 2
Home›Op-Ed›Keep your eyes on Uighurs in Xinjiang
Op-Ed

Keep your eyes on Uighurs in Xinjiang 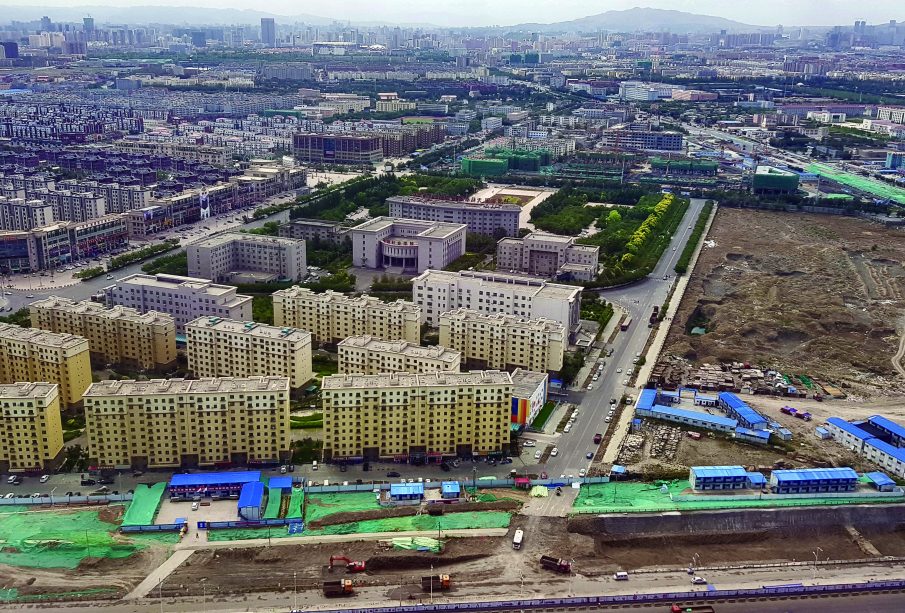 Xinjiang from above. wikimedia commons

Each time genocide occurs, whether it be in Armenia, Rwanda, Germany or anywhere else, we hear similar declarationsabout how humanity must prevent such events from occurring in the future. Still, humanity finds itself in the midst of genocide again; this time, it is found in the persecution of Uighur Muslims in China.

In a time where people are constantly worried about a global pandemic, it is easy to overlook the other atrocities taking over our world. However, the persecution of Uighurs in Xinjiang, China, requires immediate attention by all global governments and particularly human rights groups. Uighurs are a predominantly Muslim Turkic ethnicity, and asignificant percentage of them live in Xinjiang. There are about 11 million Uighurs in this region of China. While the “re-education” camps in the area that Uighurs attend have only recently been covered by news sources, persecution of Uighurs and attempts to destroy their belief systems have been occurring for several years. These mass persecutions began as early as 2014, with the second wave carried out by the Chinese government in 2017. This persecution is not a new phenomenon, and is ongoing in Xinjiang. So, how has the Chinese government been able to forcibly detain an estimated one million people?

The answer is simple: the government have reused age old-tactics of antagonism and fear-mongering. Under the guise of “curbing religious extremism”, the Chinese government has been successful in the surveillance and arrest of Turkic and Uighur peoples under suspicion of “extremism,” where this suspicion is solely based on their ethnicity orreligious activity. The camps are characterized as being “anti-terrorist” and “de-radicalization measures” to ensure the safety of Chinese people. With this characterization, the government is antagonizing Turkic peoples and justifying their persecution. Nonetheless, the government claim these camps are simply to educate individuals on Chinese language and culture.

Because of the lack of direct media coverage, exact numbers of detainees are difficult to determine. However, estimates range from one to over two million people being detained. Uighur individuals are being detained for arbitrary reasons such as installing WhatsApp on their phone, and are left without any legal avenues to challenge their detainment. People have been held for numerous reasons revolving around any connection to Islam, including “reciting and texting Quranic verses, and attending mosque services.” In reality, these people are not radical, but have been characterized as such for simply practicing their religion. Of the camps that exist, “30 have been confirmed,” but estimates have ranged in higher numbers.

As previously stated, it is difficult to determine the exact situation taking place in the camps in Xinjiang. Nonetheless, testimony by some who have fled the camps and granted asylum, like Sayragul Sauytbay, reveals that acommon occurrence is forcing detainees to pledge alliagence to the CCP and renounce Islam. There is said to be forcing of the consumption of pork and alcohol, unhygienic conditions, and constant surveillance and punishment. Sauytbay, aKazakh woman who worked as a teacher in the camps, reported to Haaretz that she witnessed sexual assault from guards.She also recounts the abuses she witnessed as punishments, including “beatings and food deprivation”. Recently, in September 2020, a group called The China Tribunal claimed that “human organs were being harvested in the camps,” and urged the United Nations to investigate.

Upon initial discovery, Chinese officials denied the existence of the camps. However, when documents were released that proved people were being held against their will, they admitted to their existence but claimed such camps were voluntary and exist simply to prevent extremism. Global organizations, including the United Nations and the European Union have condemned this mass human rights infringement. They are pressuring China to respect religious freedom and answer for their actions. Still, the genocidal actions continue, and decisions to combat this mass imprisonment have not been made on an institutional level. The world has a moral obligation to confront such accusations of organ harvesting, sexual abuse, forced detainment, and genocide in Xinjiang. Global governments are hesitant to confront China because of their economic ties to the country. However, human rights should always take priority over economic concerns.  Failure to determine legitimate solutions in situations like these has resulted in the deaths of thousands of people and will continue to result in deaths, unless decisive action is taken on a global scale.