Please no more wizard TERF on our timelines 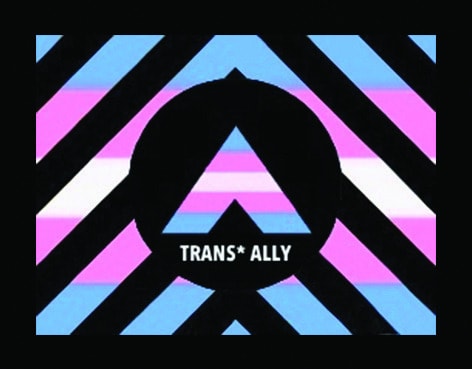 I will preface this piece by saying, of course, that I don’t speak for all trans people, nor am I an authority on trans “allyship” – a concept that I think is itself a little fraught and self-congratulatory. Most importantly, I am not a trans woman, and I don’t experience the transmisogyny which is the most involved violence in the discourse I’m about to reference. Although this is still an issue relevant to my experience, I still advise readers who are not trans women or transfeminine to temper my voice with those who are, keeping in mind that covering blind spots (in this case, mine) is necessary when addressing attacks on marginalized people.

Now, with my apologies to all those who would probably say this better, let’s get to the bullshit.

I think we have all heard by now that a certain absurdly rich woman with an absurdly large platform, one who has been revealing herself to hold massively bigoted and violent views towards trans people and particularly trans women over the past couple of years, has released yet another money-grabbing project which is making people talk even more about her politics. I’m not going to go into the details, because it is exhausting to do so, for me and for every other trans person tired of people talking about gender diversity like it’s a conspiracy theory. What I am going to do is talk about people talking about it—something that’s maybe a little bit counterproductive, but again, take my response here with a grain of salt.

I think people need to learn and accept that, even with the best of intentions, dragging out a stubbornly hateful celebrity into the sunlight every time they say something harmful is…well, harmful. Sometimes public figures are “called out” because their bigotry needs to be exposed and addressed, and a public response will force them to address what they put into the world. But when people like Rowling double down again and again, show us firmly that they have made up their minds, and even start escalating their behaviour like she has, what good does it do to make that a trending hashtag? When there are already recurring violent deaths and attacks on trans women, even in our province, what kind of effect do you think it will have on people to be subject to secondhand hate speech for an entire day because a bigot is a trending topic again?

I see an issue with this dredging up of celebrities and their opinions which is deeper than just timeline fatigue. Often, people latch on to the conversation surrounding people like Rowling because of the notoriety involved without seeming to have a deeper, genuine concern with it once the buzz has disappeared. Many people I know have had a lot to say about how morally corrupt it would be to buy this new Harry Potter game and send more royalties to a transmisogynist. There have been many think pieces about Harry Potter in general circulating about the moral quandaries of those who are attached to the series but want to separate art from artist. Yet, this kind of attention seems really disproportionate to the time spent supporting trans authors, giving to organizations that address trans issues, or even centering trans women in what we are saying if we insist on saying anything at all.

Technically I’m another person writing an unsolicited think piece, but I really only want one thing taken away from this: if you’re going to water down an issue of institutional violence to whether or not you consume the work of one individual, don’t. Especially don’t, as a cis person, tell someone that the measure of their “allyship” is whether or not they buy something a transphobic person made. Rowling is disgustingly rich, and while she is making less money because of recent boycotts, it’s my personal opinion that wealth like hers is terminal. On the other hand, trans people who really live in the world are making gofundmes for their hormone treatments and surgeries, and you are well within your ability to donate directly to them, to support them with your friendship, and to realize that an utterly disconnected rich person having a twisted view of marginalized people is nothing new.

I personally don’t buy stuff from the franchise in question, because I personally just don’t like it that much, and even if the author didn’t ruin it for me there are a lot of the things in the books that do first. But you can buy the new game or not. It will signal to those around you, including your trans friends, that you probably like Harry Potter more than you hate Rowling, which people are going to interpret how they like – some may not even care at all. But choosing not to buy one seventy-dollar game in solidarity, while better than nothing, is still not really an enormous step. Arguably, it would be more actively helpful to buy the game and make a donation to a trans person’s health expenses at the same time. In Regina, UR Pride’s Monarch Mental Health would probably be a fitting place to distribute funds while this topic is causing so many headaches. But you have to ask yourself: are you wrestling with the ideological purity of Harry Potter because you care about how Rowling is doing harm, or just because it’s Rowling herself? The conversation should not be about her, and as an “ally,” it should not be about you either. Before you dive into a trending hashtag, it helps to get your intentions straight.

Marty is working towards their second BA at the U of R with interests in Japanese religion and religious theory. Their hatred of capitalism is betrayed only by their love of Nintendo franchises, and they continually amaze themselves by managing to make a writing deadline every week.