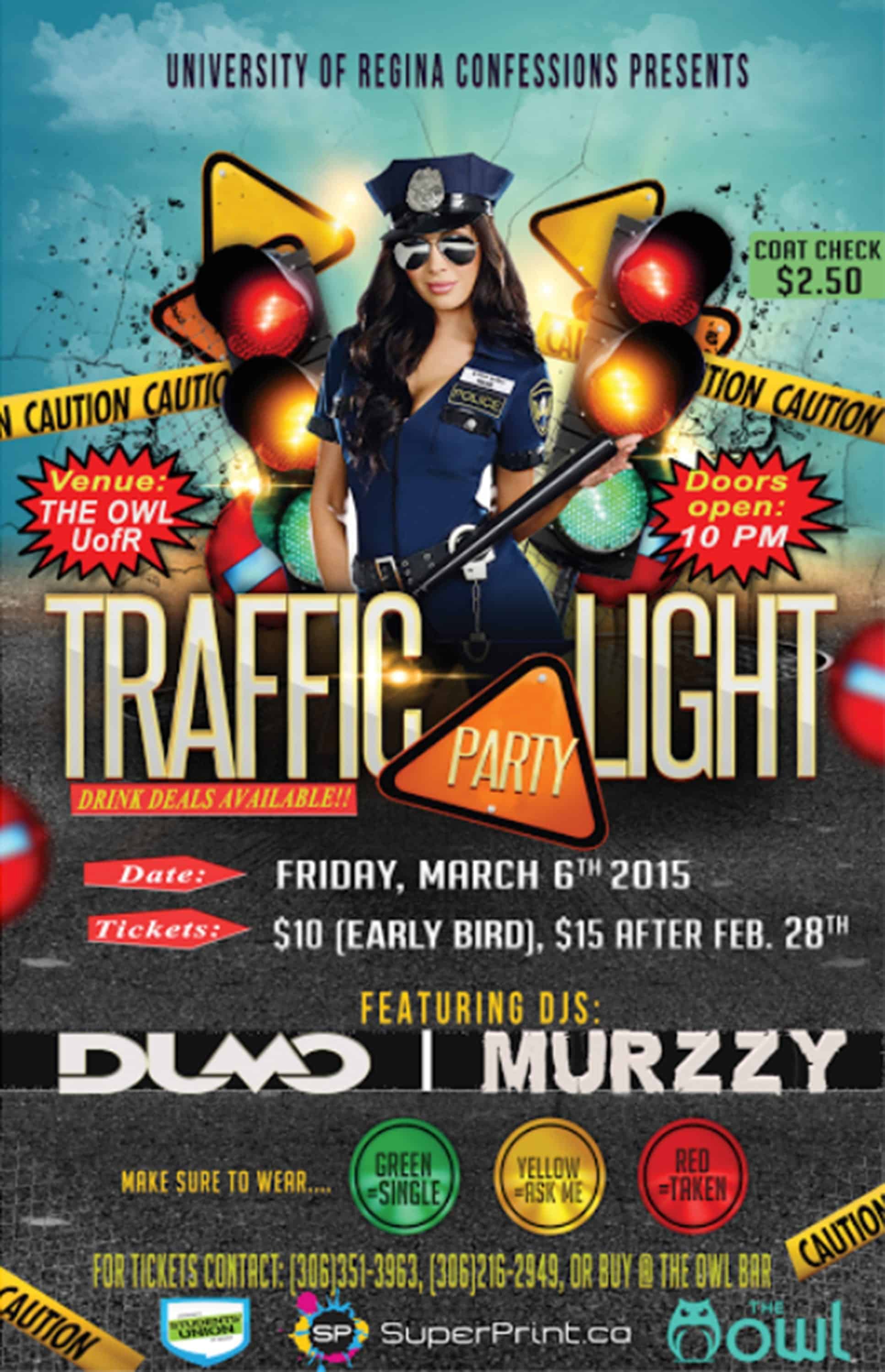 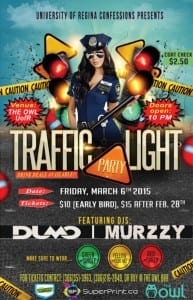 Does this ad offend you? / Taken from U of R Confessions Facebook Page

The U of R Confessions Facebook page has been asked to take down and replace their posters advertising their traffic light party, which is scheduled to take place Friday, March 6, at the Owl.

The following is a message posted by the page’s anonymous administrators on Feb. 11:

“We have been having some troubles lately. The party posters were requested to be taken down because the posters contain ‘a suggestive image that has received complaints from the UofR.’ We apologize for that and will be taking them down this week. However, we are currently in the process of creating new posters which should be up soon.” Adding, “The PARTY IS STILL ON!!!!”

The poster in question features not only the information about the event, but also the image of a woman in a police officer costume holding a club.

Dumo Fiabema, stage name DJ Dumo, is one of two DJs appearing at the event. He says that the original posters were approved by URSU, but that permission was later revoked.

“I sent the posters to [URSU] and they said yeah, everything looks good and they approved the posters for us.”

Considering the nature of the party, many felt the imagery used was appropriate, but as it turned out, not everyone was happy with the posters.

“There were complaints from the U of R just about the images and how [they were] very suggestive in nature and also there was a misuse of the URSU logo,” said URSU VP Student Affairs, Luanne Drake.

“We weren’t actually sponsoring this outside organization,” said Drake confirming the original posters were “approved in error by URSU”.

“A week later or maybe two weeks later, they sent me an email saying the posters were approved in error and that there has been some issues,” said Fiabema.

Issues like, the URSU logo being on the posters, as it is not an URSU event, and the image on the poster being too suggestive, which prompted several complaints. Fiabema, one of the key organizers of the event, says he was confused by the decision.

“[It’s] weird because I showed them the posters and was, like, ‘this is the poster do you have any problem with that before you approve it?’ and they said no, it’s all good.”

Fiabema has described the whole situation as “frustrating” and that he is surprised by the reaction.

However, URSU has been working to help Fiabema promote the event.

“The nice thing is, they offered to help. They said if you want to print out new posters we can do that for you guys for free,” said Fiabema.

Drake confirmed that new posters could be printed and approved “courtesy of URSU,” providing the URSU logo not be on the poster.

“We changed [the image] from a girl to a guy, so I don’t know if that makes much of a difference. I personally didn’t see anything wrong with the image, but apparently, some people found it offensive or inappropriate,” said Fiabema.

Despite the steps taken by URSU, Drake says that she still has seen some violations of the agreement. As of a press time, the original image had not been removed from the page’s photo archive.

State of the Rams