Thursday, August 18
Home›A & C›Smash Mouth: from on deck to in Shrek
A & CRegina Band Interview Series

Smash Mouth: from on deck to in Shrek 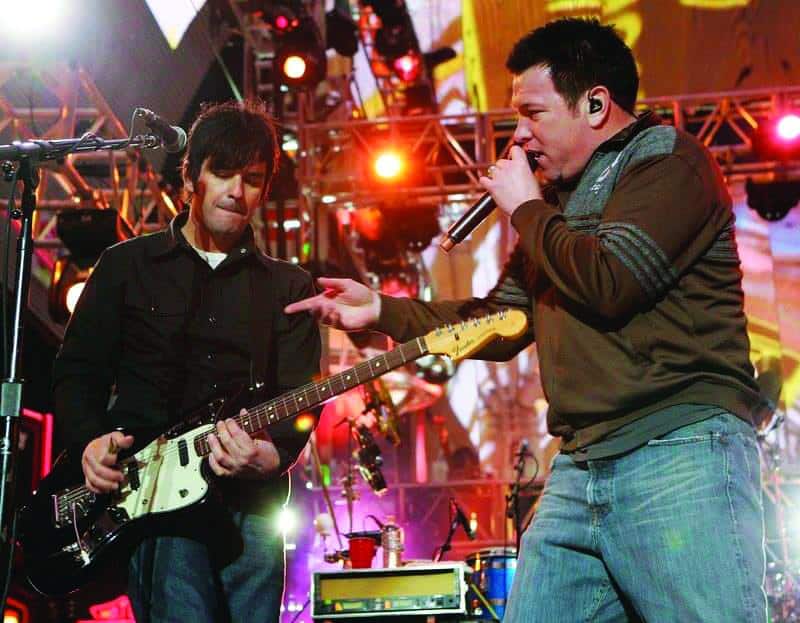 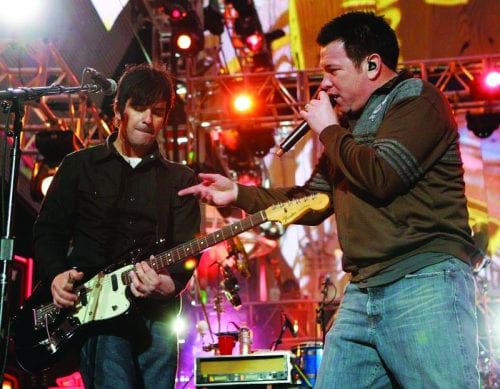 I can’t believe it; I honestly can’t believe it. I’ve done Banding with Butterfield for a while now, and every single time I get more and more star struck. This week, I have the opportunity to present an interview with a band that rocks as much as their name beckons – Smash Mouth! For those who aren’t sure, Smash Mouth has been a staple of rock music from the late ‘90s to, well, now, releasing hits like “Everyday Superhero,” “All Star,” and “Walkin’ On The Sun,” as well as amazing covers of “I’m A Believer,” and “Don’t You (Forget About Me).” Without further ado, you can find the interview with co-founder and bass player Paul De Lisle below:

So first question. I’m curious, where did the name “Smash Mouth” come from? Is there any special meaning behind it?

Our original drummer had already named the band before Greg and I even met him. I think he got it from former Chicago Bears coach Mike Ditka, who apparently coined the phrase to describe a certain style of ultra-aggressive football. Kind of a dumb name in hindsight, but there’s no changing it now.

When did you realize that Smash Mouth had become a household name? What was that realization like?

In the summer of ’97 on our first U.S. tour with Sugar Ray, we had this little game on the tour bus, “Do you think [insert name of hugely famous person] has heard ‘Walkin’ On The Sun?’” Keep in mind this was pre-internet/cell phone, so news traveled slower. It wasn’t until we came home for a Christmas tour break that the magnitude of it truly hit us.

How did the group know this was the style of music that they wanted to perform? What about the genre stuck out to you?

In the beginning, Greg and I did most of the songwriting and style-shaping. We wanted to take a more melodic, pop-punk, ska-tinged direction. Our previous band, Lackadaddy, had been dangerously mook-ish.

What was the creation process like for the track ‘All Star’? Did you guys know right off the bat that it was going to be a mega-hit?

We had completed and delivered “Astrolounge” to Interscope.  After a quick listen, the suits came back with the dreaded “we don’t hear a single” verdict. We were kinda pissed, especially Greg. He quickly wrote and demoed “All-Star” and “Then the Morning Comes” by himself, as a sort of “take that” to the record company. And frankly, upon first listen of Greg’s demo, I thought “Morning” would be the big hit. And it actually was a hit. “All-Star” just did a teensy-weensy bit better.

Speaking of hits, your first album Fush Yu Mang is getting an acoustic reworking and is set to be released this year through PledgeMusic. How has that process been for the group?

Very relaxed and a lot of fun. A nostalgic trip down memory lane! A celebration.

Smash Mouth has been around for almost 25 years now. What have been some of the biggest highlights throughout the band’s storied career?

There’s so many. We’ve been blessed. First time on national TV, first time playing Madison Square Garden. The entire ride has been a highlight.

Also in terms of career, what have been some of your favorite places to perform? Also, what bands have you enjoyed sharing the stage with?

Every summer we play the Santa Cruz Beach Boardwalk as part of their summer concert series. Literally on the beach at sunset with the stage facing the amusement park. Just beautiful. Our first one in 2014 shattered their previous attendance record when we drew close to 20,000 people. A real kick for me because that’s where I grew up. As for bands we’ve played with… pretty much every single one. Seriously, I think that’s my favorite part of this whole thing. I’m a rock and roll fan first and foremost.

So, last question. Other than the acoustic album, what does the future hold for Smash Mouth?

Sunshine, rainbows, and lollipops, baby! And a new all-original album!

So there you have it. Be on the lookout for new material from the group that’ll be heading your way in the very near future!

The cure to homeopathy: an analysis of “alternative medicine”