Tip for the Conservatives: don’t instill a tip line 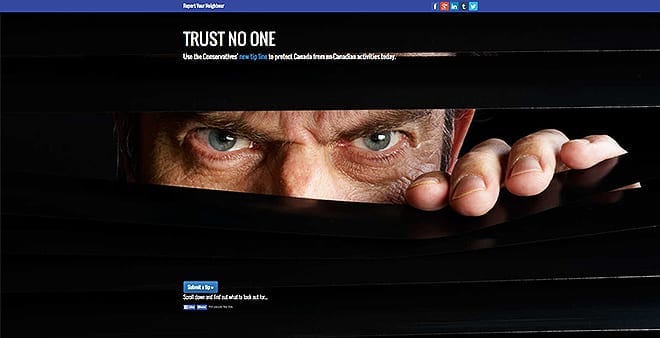 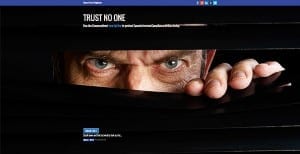 Canada has been widely acknowledged of being a multi-cultural country. We are open to refugees and immigrants from countries all over the world. This does not mean assimilation, but rather, the accommodation of people’s language, religion and culture. Recently, fear has risen in some Canadians concerning different ethnic groups, most notably around Muslims, but Stephen Harper’s proposal for a tip line to report “Barbaric Cultural Practises” is a poor policy and does little to eliminate this fear; instead, it just creates more suspicion and anger.

This tip line would come into effect if the Conservatives are re-elected and be run by the RCMP. An additional $12 million has been allotted and will be allocated over four years to help oversee organizations working towards stopping young women from being forced into unwanted marriages. Although all of this is part of the ‘Zero Tolerance for Barbaric Cultural Practise Act’ that was passed last June, it was met with differing opinions by both the NDP (who didn’t support it) and the Liberals in the House of Commons. The Liberals supported it, but acknowledged that the Islamic community might find it offensive, since people often connect the practices the bill is against with their religion.

A university law professor in Ottawa, Natasha Bahkt, refers to the Barbaric Cultural Practise Act as “another way for the Conservative government to be targeting Muslim communities.” I agree, it would likely offend the majority of Muslims in this country and it’s unfair for them to be targeted because of the actions of a small number of people.

This also refers to the Niqab debate. The Conservatives believe that women shouldn’t be allowed to wear the Niqab at their Canadian Citizenship Ceremony. The reason for this as Jason Kenny, Defence minister, says is because the “practise of face covering reflects a misogynistic view of women… grounded in Medieval Tribal Culture.” What!? This is not why the Niqab is worn and it’s not a form of oppression either. It’s unfair to apply a North American viewpoint towards other cultures.

I cannot deny that the Conservatives may have good intentions with this policy. Women all over the world are victims of honour killings, forced marriages, sexual slavery and unwanted genital mutilation. This is a major global issue and I strongly believe help is needed to protect women in these situations. However, I don’t believe this tip line would be an effective solution. Also, the effort should be put into making sure there is a serious problem before the Canadian government enters the scene with their “North American” values.

It is great that our government is concerned with helping women in other countries and even though Kellie Leitch, a Conservative Party Candidate, says they care about the “difficult issues that impact women,” this is contradictory, since not all groups of Canadian women receive the help they need.

Two weeks ago, I saw a spoof about this policy on This Hour Has 22 Minutes. It brought humour to the situation and brought up the point that the policy “is meant to protect vulnerable women and children. Great, now they are finally going to do something about the missing and murdered Aboriginal women. No, this policy is to protect the public from the people next door, who cook the strange smelling food.”

The creation of a tip line to report “Barbaric Cultural Practises” would make people feel like they are living in society similar to George Orwell’s 1984. People have better things to do than watch people. Also, how is that term even defined? We have weird practises in Canada, too, but weird or misunderstood shouldn’t mean wrong or “barbaric.” I believe actions should be taken to stop something that is harmful, dangerous or painful for someone, but there are other ways to get this protection. Why can’t these issues be taken to local police? Instead of creating a tip line that will be offensive and irritating, more police could be hired to handle these issues and provide quick local aid. Many people will likely dislike this policy and if the Conservatives choose to enforce it, any thread of support they hold in Canada will quickly disappear.

Suffragette: not a feminist film

Hear hear, down with exams