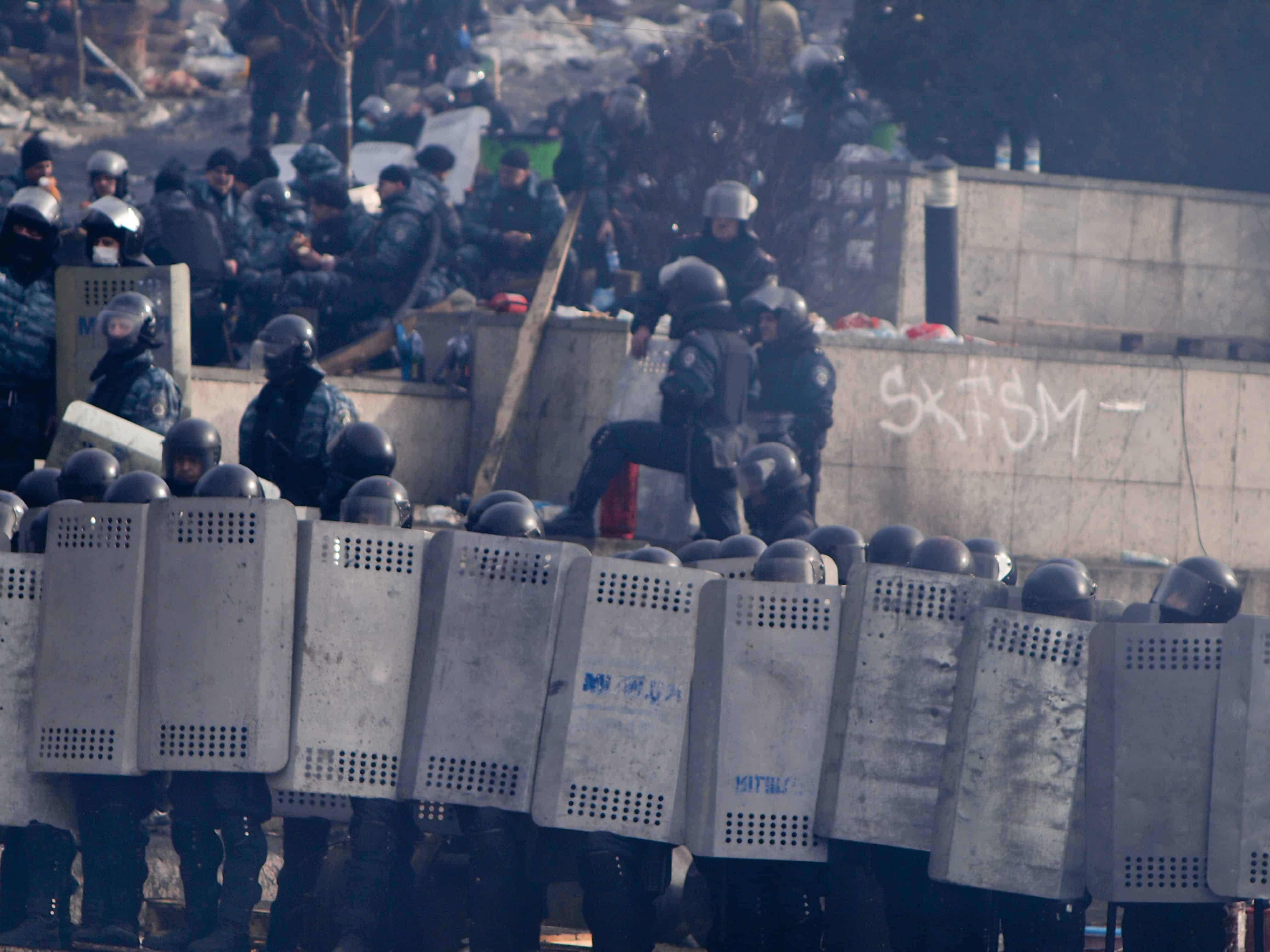 The conflict in Ukraine continues to escalate with a Russian invasion of the Crimean peninsula. Ukraine says that Russia has sent 16, 000 troops into Crimea and is claiming to have done so to protect the high concentration of Russian populations in the region. This, of course, comes in the wake a new Ukrainian government being formed and former president Viktor Yanukovych fleeing to Russia.

“When you have one country invading one of its neighbors, and using this type of outrageous and ludicrous rhetoric, it’s hard not to,” said Baird to the CBC. Baird continued on to say that Nazi Germany used the same reasoning as Russia to justify the invasion of Czechoslovakia.

Both Barack Obama and Stephen Harper have condemned the invasion, and have removed their respective ambassadors from the Russian capital of Moscow.

Additionally, Canada is currently planning on not attending the G8 Summit, to be held in Sochi, Russia.

“Ukraine’s sovereign territory must be respected and the Ukrainian people must be free to determine their own future,” Harper said in his statement. “We call on President Putin to immediately withdraw his forces to their bases and refrain from further provocative and dangerous actions.”

Canada was the first nation to recognize the legitimacy of the new Ukrainian government, setting the standard for dealing with an unchecked invading nation.

Other nations have been vocal in denouncing Russia and its recent aggressions. Among them, Australian Prime Minister Tony Abbot, who told Russia to “back off” Ukraine. Other nations denouncing Russia include Poland, who as of writing this article, is mobilizing its armed forces for fear of Russian influence spreading.

Poland, a member of NATO, has been vocal in requesting its members’ intervention in the region. The future of the region is uncertain and military conflict looms but currently economic sanctions are the arms used in this still cold conflict.

Russian state-owned stocks have been plummeting, reaching 5 year lows on the day. Russian-owned Gazprom, which supplies Ukraine and Europe with considerable amounts of oil, lost 12 per cent of its value over the course of a few hours.

In response to the invasion, the European Union is also threatening Russia with sanctions. The EU foreign ministers have also said that they have stopped preparations for the G8 summit that is to take place in Sochi in June.

“The ambition is to see the situation improve. If it doesn’t, then the course is set” EU foreign policy chief Catherine Ashton said after the foreign ministers’ meeting earlier this month.

Regardless of the possibility of military intervention in the region, economic sanctions are already being imposed. This is the greatest point of leverage on Russia that Europe, NATO and other nations have over Russia.

As the Carillon goes to print tonight, Russia has given Ukrainian forces an ultimatum dictating terms of surrender. Reuters reported that the ultimatum was as follows, “Russia’s Black Sea Fleet has told Ukrainian forces in Crimea to surrender by 5 a.m. (0300 GMT) on Tuesday or face a military assault.”

The future for the region seems tepid and uncertain; the Carillon will cover the story as it unfolds with periodic analysis pieces.